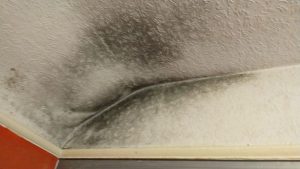 A mum-of-four whose cramped home has been plagued by rodents, damp and mould has pleaded for help to give her children a ‘healthy and happy’ house to grow up in.

Kellie Sullivan says her two-bedroom house in Oldham, Greater Manchester, has been littered with issues. First Choice Homes, who manage the property, have apologised for the ongoing problems and have pledged to resolve the issues – alongside assisting her in getting a new home.

She said: “I’m just at the end of my tether now. It’s so overcrowded, we’ve only got one storage space so I’ve got nowhere to put anything. We’ve been living out of bags for four years. I can’t find the clothes I’m looking for, it’s chaos 24/7. I clean this house constantly because the smell of damp just gets to me otherwise. I’m 34 weeks pregnant and they want to induce me in a few weeks which is going to make our living situation even harder.”

Kellie has had to throw out countless pieces of furniture, clothes, and even carpets that have been ruined by the damp in the house. Some items have to be moved into the garden to stop them causing more problems before they can be disposed of properly. With rubbish in the area, Kellie also has to deal with rats in her garden and mice inside her home.