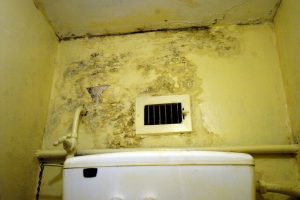 Excessive cold and damp are some of the problems blighting rented homes in Leeds.

More than 17,000 privately rented homes in Leeds need urgent improvements to reach acceptable living standards, a report has claimed. Excessive cold, damp, disrepair and fire safety issues are some of the problems faced by one in four of the city’s 70,000 privately-owned tenanted homes. Housing chiefs in Leeds say more is being done to punish “rogue or criminal landlords”, while helping to support good landlords – while stressing most of the city’s privately rented accommodation is acceptable.

The city Council report stated: “One in four of the private rented sector has at least one or more category 1 hazards present in their property. The main hazards found in the sector are excess cold, falls, disrepair, fire safety and damp/mould.  Again the highest level of properties with hazards are within the inner areas of the city. Unfortunately the most vulnerable, the young and elderly who tend to be on low income are generally found in the poorest quality privately rented homes in the city.”

New laws introduced in 2016 gives the councils powers to take legal action against landlords, meaning landlords failing to improve living standards could be fined up to £30,000.