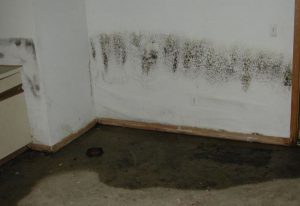 Between April 2019 and March 2021 the watchdog examined 410 complaints related to damp and mould, investigated 142 landlords and made maladministration findings in 56% of cases. This rose to 64% for complaint-handling.

The first table, ordered by maladministration findings per 10,000 homes so that the size of the organisation is taken into account, lists the highest number of damp and mould cases per social landlord.

Hammersmith and Fulham Council topped the list at 10.8 findings per 10,000 homes, followed by A2Dominion Housing Group at a rate of 3, Camden Council at 2.5, and Lambeth Council at 2.

The ombudsman also provided a table showing how smaller landlords – those with between 1,000 and 10,000 homes – performed.

The top three worst performing were Harrow Council, with a maladministration finding rate of 5 per 10,000 homes, followed by Newlon Housing Trust at 4.1 and Waltham Forest Council at 1.

In total, the ombudsman found maladministration issues related to damp and mould in 40% of the 410 cases it looked into, making 373 findings and issuing 286 orders. Landlords were ordered to pay a total of £87,553 in compensation across 177 cases.