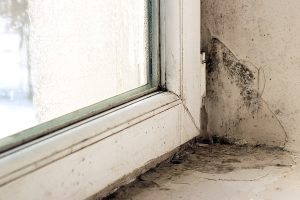 The plan drawn up by Hammersmith & Fulham Council aims to tackle damp and mould issues across its stock through a series of targeted measures, including more regular inspections and an investment of £620m.

The plan comes after a Spotlight report into damp and mould by the Housing Ombudsman found the council to be the worst performing landlord on this issue. Hammersmith & Fulham topped the list as the landlord with the most damp and mould maladministration findings per 10,000 homes, with 10.8 findings.

This was the highest, followed by A2Dominion at a rate of three, Camden Council at 2.5, and Lambeth Council at two.

A council spokesperson said that damp and mould was a major priority for the council before the ombudsman report.

Lisa Homan, cabinet member for housing at Hammersmith & Fulham Council, apologised to residents at a meeting in January, following a motion by the Conservative opposition calling for a “clear and detailed” plan of how it will address the “repairs crisis”.

In December, the council committed to investing £1m a week for the next 12 years on refurbishing its housing stock to tackle issues of damp and drainage. The total investment amounts to more than £620m.

Disrepair, particularly damp and mould, has become a key issue for social landlords.

The ombudsman’s report accused social landlords of creating a “culture of blame” for tenants and urged a zero-tolerance approach when responding to damp and mould issues.

Hammersmith & Fulham’s plan emerged around the same time as Lewisham Homes, Lewisham Council’s ALMO, revealed that it had developed a damp and disrepair action plan.

It followed a tenant’s poor living conditions being exposed by ITV News’ ongoing investigation into the state of social housing.

In July, housing association Bromford announced it was setting aside £2m to help address damp and mould issues after ITV revealed the poor conditions in one of its properties.

On Monday during a Levelling Up, Housing and Communities Committee session looking into the regulation of the social housing sector, concerns were raised about the impact the current energy crisis would have on instances of damp and mould.