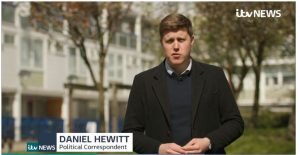 The Housing Ombudsman has launched an investigation into “disgusting” social housing conditions after ITV News reports revealed damp and mould was widespread throughout the UK.

Following an initial report on “unliveable” conditions in a number of homes in the London borough of Croydon, ITV News was “inundated” with “hundreds and hundreds” of examples. ITV News investigations have found there is a “growing problem with severe mould and damp” throughout the UK, with councils often not dealing with residents’ complaints.

Richard Blakeway, Housing Ombudsman, said mould and damp in someone’s home can have a “significant” impact on their health and their life chances. He said he’s also “concerned that we are not seeing cases where we could help, and want to investigate further into this issue”. He said he wants to use new powers to look “in-depth at the response of social landlords to damp and mould issues”.

The Ombudsman wants to publish the findings of its investigation by autumn, and aims to “make far-reaching recommendations that promote greater understanding of the complexity of tackling damp and mould and share best practice across the sector”.