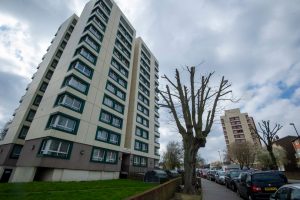 Croydon Council has been accused of a “cover up” after not releasing the findings of an investigation into awful housing conditions in South Norwood.

A light was shone on shocking conditions at a block of council-owned flats in Regina Road by an ITV News report which opened up a wider conversation about living standards across the UK. The flats were so riddled with damp and mould that they were described as ”unfit for human habitation”. The worst conditions were in two flats, which are on top of each other and where a leak was identified as a mains leak from a copper pipe. Residents of the Regina Road flats claim that they have complained to the council about issues in their block for years.

The council was forced to commission an independent investigation into the unacceptable conditions and just what went wrong.  The authority is blaming the pre-election period, also known as purdah, where publicity that could influence voters should not be issued. But the council’s Conservative opposition thinks the council is trying to hide the findings of the report, which will now not be released before local elections on May 6.

The council spokesperson said that the pre-election period “prevents the council publishing information from the report at this time” but will take action to improve housing services.