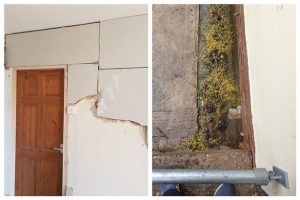 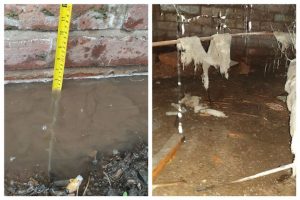 An asthmatic council tenant says he has been sleeping in his car since Christmas because his ‘freezing cold, damp house is making him ill.’ Robert Doveston says there is three inches of water under his bedroom floor, causing damp and mould in all the rooms. He believes the problem stems from his garden being next to a railway embankment where rainwater fills into a void which, once saturated, starts getting into his property.

He also claims the house, on Ebrook Road in Sutton Coldfield, is so cold the condensation has frozen his front door lock shut and that if he leaves milk out overnight in his kitchen, it freezes. Robert says he took his issues to a solicitor but that wishes he hadn’t now as he claims Birmingham City Council will no longer speak to him and that he cannot get hold of his solicitor. He says he is frustrated that he does not know the results of hearing on April 23.

When BirminghamLive spoke to Birmingham City Council, we were told that this is an ongoing legal case so the council could not comment as it is between their legal team and the tenant’s legal representatives.

“I’ve been sleeping in my car since Christmas Eve 2020 because I couldn’t take it anymore,” said Robert, who also suffers with COPD and uses a walking stick. “I can’t sleep in my bed because of the damp in my bed. When I step inside my home, I can’t breathe, it’s making me ill. “I moved in last September and only had a few minutes to look around due to Covid rules and I just thought it needed redecorating.”