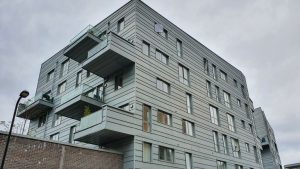 Laws designed to make sure dangerous cladding is removed has left many flats un-mortgageable and unsellable.

The call comes ahead of a parliamentary debate about protecting tenants and leaseholders from unsafe cladding. The National Cladding Taskforce would seek to carry out an urgent audit to establish the extent of dangerous materials on buildings. Demands include providing upfront funding to remove deadly cladding, setting absolute deadlines to make homes safe, laws to protect leaseholders from being billed for historic fire safety costs, pursuing those responsible for installing cladding and stamping out rogue building practices.

Labour leader Sir Keir Starmer said: “Millions of people have been sucked into this crisis due to years of dither, delay and half-baked solutions from the government. For many leaseholders, the dream of home ownership has become a nightmare. They feel abandoned, locked down in flammable homes and facing ruinous costs for repair work and interim safety measures.”

It comes more than three years after the fire at Grenfell Tower in 2017, which claimed the lives of 72 people. A fridge-freezer has been blamed for starting the fire but dangerous cladding on the building was blamed for its rapid spread. Laws designed to make sure dangerous cladding is identified and removed has left many flats un-mortgageable and unsellable, with residents facing bills of tens of thousands of pounds to fix the problem.