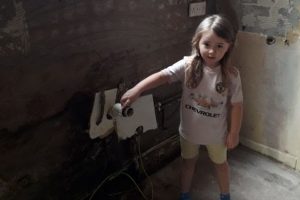 A Merseyside family say they have ‘no choice’ but to continue living in a damp house.

A family has been left with no electrical appliances in her kitchen after excessive damp has been found. Linda said the issues with the house are even more challenging because her one-year-old daughter Lily has Type 1 diabetes. She claims the family are having to run an extension cable to keep their fridge on, which has her daughter’s life saving insulin inside. The issues at the home began after work started on the kitchen but was halted when excessive damp was found. The work was initially due to take around 10 days to complete.

Linda claims her family have been living in damp at the Garton Lane home since 2019 and she had reported it to her housing provider Your Housing Group. However the situation became worse when builders uncovered ‘sodden’ walls while doing work on the kitchen. Despite reporting the damp, they hadn’t requested for any work to be completed on the kitchen. They claim their housing provider insisted the work was carried out. 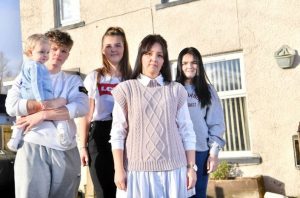 A mum-of-four says she’s been living in a house covered in damp and mould for nearly five years and she’s at her wits end.

The three-bedroom house, owned by Trivallis Housing Association is;

Tara constantly tries to clear the mould off the walls and make her home as clean and safe as possible for her family, but it just keeps coming back. Trivallis has sent round inspectors to take a look at the problem in her home but Ms Law says the organisation “don’t seem to care”. “It’s stressful, the house is too small for us anyway,” Ms Law adds, saying she is sleeping downstairs with her baby so her eldest children don’t have to share a room.”I want them to deal with the jobs.”

If you are fed up with your social housing or council ignoring your home repairs drop us an email or call to see how we can give you FREE, no obligation advice. 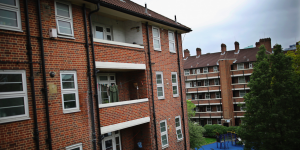 Court found L&Q had misled black woman who was harassed by family and had to flee her home.

London & Quadrant (L&Q), which accommodates 250,000 people across London and the south-east. Ignored a code of practice on protecting tenants from racial harassment and was guilty of defensiveness and insensitivity.

Lara Tate (not her real name), a young black woman who lives alone, was forced to flee her London flat in 2015. She had suffered months of racist abuse from a neighbouring family that culminated in death threats. The couple were convicted of public order offences and racially aggravated harassment, but L&Q failed to evict them or to rehouse Tate, who felt too unsafe to return to the property, a converted house where she and the neighbours were the only occupants. 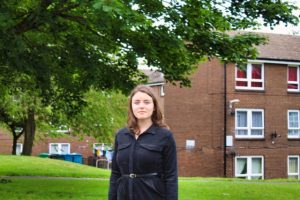 Liberal Democrat candidate Sophie Thornton said tenants in Jordanthorpe were waiting too long for repairs to their council homes.

“The waiting times are so far behind the rest of the region, it’s horrendous. Times have been tough recently, but other local authorities have managed to keep up a decent waiting time”

If you are living in Sheffield and your housing association has been ignoring your repairs.
Contact us today for free housing advice 0800 047 2017 or submit a free claim. 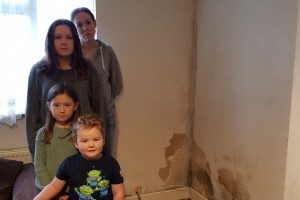 A Brentford family of five are terrified that their mouldy home may worsen their chances of becoming seriously ill with coronavirus.

Mould and damp has appeared in all the rooms of a five bedroom house. The mould has even spread to the children’s toys. The family were forced to move the children into one bedroom to escape the mould around the house. They fear the living conditions will cut their chances of surviving coronavirus due to mould effecting the respiratory system. The issue between Hounslow Council and the family has been going on from 2017-2020. Despite visits from several surveyors, and even a legal battle the issue has not been resolved.

The third lockdown is going to be a lot harder on families suffering poor quality housing. It is your legal right to live without leaks, damp or mould. Call us today for free advice on 0800 047 2017 or text ‘HELP. to 82222.

The family were forced to move the children into one bedroom at the front of the house four years ago to escape the mould around the house. And they fear the living conditions will cut their chances of surviving coronavirus if they catch it due to breathing difficulties which could be made worse by the mould. Despite visits from several surveyors, Hounslow Council and even a legal battle between 2017 and 2020 the issue has not been resolved.

Home is a place to escape daily hassles and is a space of comfort and safety. Unfortunately, an estimated fourteen million UK families are living in poorly conditioned homes which is often a source of mental and physical health problems.

Inhaling or touching mould spores may cause an allergic reaction, such as sneezing, a runny nose, red eyes, and skin rash.
Click here for further information from the NHS

If you are living with damp, mould and disrepair do not let it impact your mental and physical health. If you are in council or social housing association tenant living in a poorly maintained home, then we are here to help. 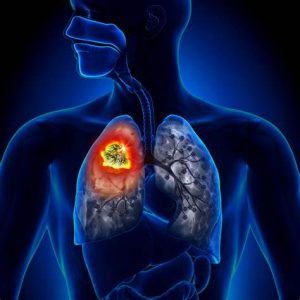 European governments’ expenditures on asthma and COPD in terms of hospitalisation, loss of productivity and medical treatment amounts to 82 billion Euros each year, according to the research.

In light of the findings, the VELUX Group is calling for healthier homes to be a central consideration for the new European framework for national building legislations, which will affect UK house builders once implemented.

The research from Fraunhofer IBP, reveals the socio-economic costs of asthma and COPD, which are proven effects also of living in damp and unhealthy buildings. The costs are 82 billion Euros annually, covering European governments’ direct expenses on medical treatment and additional care for patients in- and outside of hospitals, as well as indirect costs due to loss of productivity.

The study also reveals that close to 84 million Europeans live in damp or mouldy dwellings, which increases their risk of having respiratory diseases and life-long allergies by 40%. This proves the number of people living in unhealthy buildings remains an issue, despite recent awareness of the correlation between indoor environment and human health.

How to prevent dampness in homes

According to the Fraunhofer institute dampness is one of the main defects in buildings across Europe. Primarily caused by inadequate building structures and home owners’ lack of attention to ventilate sufficiently. As a consequence, mould is likely to grow. However the risk of this can be reduced significantly by choosing the right building fabrics during renovations.

In April 2016 the VELUX Group completed the RenovActive project in Belgium, a home renovation based on Active House principles focusing on the building’s architectural quality, human health, comfort and well-being, energy efficiency, and environmental benefits.

A key element in the modernization is the prevention of indoor dampness and mould, which is ensured by a natural and continuous airflow in the house. Read more about RenovActive by clicking here.

A vulnerable tenant has been awarded over £48,000 in damages and interest against her former landlord.

The judge decided that the landlord blatantly failed to carry out his obligation to repair her home. The judge found that she lived in “appalling conditions” for 10 ½ years, including:

His honour Judge Lopez, who heard the case at Birmingham County Court, found that the Claimant, Paula Williamson,  despite her poor start in life and her many problems, was persuasive, plausible and truthful.  He found that the landlord, Adalat Khan, gave a false account of events with the clear intention of  deceiving the Court, and in so doing subjected the character of Ms Williamson to a vicious and sustained attack.

Under cross examination by Zia Nabi, of Doughty Street Chambers, instructed by Mike McIlvaney of CLP, Adalat Khan was forced to accept that:

The Judge observed that obtaining a straight and honest answer from Adalat Khan was as difficult as pulling teeth.

Ms Williamson was first referred to CLP by her support worker shortly before she was due to be evicted following s21 proceedings, seeking advice in relation to homelessness. As time was short, an expert report was urgently commissioned and Mike McIlvaney visited Ms Williamson in her home to take photographs of the conditions.  The judge said that these photographs illustrated the appalling conditions “far more graphically than the descriptions of the Claimant or Mr Wheeler” (the expert).

Following service of a letter before claim, Legal Aid was granted and proceedings were issued against Mr Khan for damages pursuant to s11 Landlord and Tenant Act 1985. As Ms Williamson had been evicted, the claim was for damages only. Had Ms Williamson consulted us just a few months later, her claim could not have proceeded as “damages only” disrepair claims were removed from the scope of Legal Aid in April 2013 by the government’s savage legal aid cuts. Today vulnerable tenants will go uncompensated, and landlords who show such callous disregard for their obligations to their tenants, such as Mr Khan, will get off scot free. As costs have been awarded against Mr Khan the case will ultimately cost the taxpayer nothing, but it could not have been brought without the underwriting provided by a Legal Aid Certificate.

Congratulations to all those involved, to the lawyers  Mike McIlvaney and  Zia Nabi, and especially to Ms Williamson for her  bravery in the face of vicious calumny.